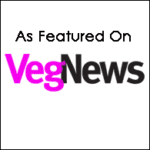 The Vreamery’s Mission is to educate and inspire people, through experiencing phenomenal plant-based foods, to embrace a dietary lifestyle free from animal agriculture.

The Vreamery Vegan Cheese Shop and Melt Bar, is the third Vegan Cheese Shop in the United States and the first west of Texas. The shop showcases a variety of small batch, plant-based artisan vegan cheese makers from all over the country. In addition to offering more than 50 varieties of vegan cheese, The Vreamery serves a small, seasonal, made-to-order menu featuring signature Panini, Weekend Specials, Custom Curated Grazing Boxes, a selection of locally sourced Vegan Grab and Go and a line of Vegan Cheese Making Kits.

Jennifer Golden is the owner of The Vreamery and launched in 2017 after spending a couple of years experimenting with plant-based cooking. She was inspired to move towards an animal-free lifestyle as she began to study the work of industry leaders like Dr. Michael Greger [nutritionfacts.org] and Dr. Colin Campbell [coined the term “Whole Food Plant Based” and sits on the board of the Physicians Committee for Responsible Medicine]. Jennifer was so inspired by the scientific data edifying the impact on one’s health when eating plant-based that attended PLANTLAB, esteemed celebrity chef Matthew Kenney’s raw vegan culinary arts academy. Today, Jennifer loves to share her knowledge with others and continues to hone her education and expand her skills with offering hearty plant-based fare.

With her company’s roots having started at the Tuesday morning Paso Robles Farmers Market, Jennifer immediately saw the demand for animal free fare and quickly grew to where she and her team ultimately attended as many as eleven Farmer’s Markets a week! In August of 2020, Jennifer opened her first storefront  at the Paso Market Walk Public Market located in Paso Robles, California where her clientele includes locals, tourists and hungry plant-based travelers looking for great vegan food in San Luis Obispo’s North County.

“We do not inherit the Earth from our ancestors, we borrow it from our children.” Native Indian Proverb

Subscribe below and stay up to date about what’s culturing at The Vreamery! Learn about new product releases, special sales, events and more!